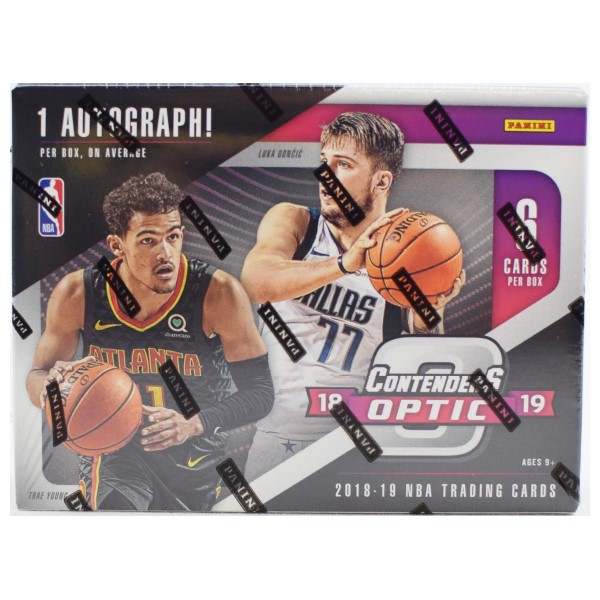 Contenders Optic makes its debut in basketball with the best of both brands! Look for one autograph, two parallels and two inserts or insert parallels per box, on average!

Chase rare tribute autographs that highlight the classic 1981 Donruss design, as well as 1998, 2003 and 2007 Contenders designs!

Look for low numbered parallels throughout the program, including one-of-one Gold Vinyl base and insert cards!

VETERAN TICKET: Look for Veteran Ticket cards that feature a plethora of stars and legends and feature plenty of colorful parallels as well!

1998 CONTENDERS TRIBUTE AUTOGRAPHS: Search out rare Tribute autographs, including Contenders versions that highlight some of the top rookies of 1998, 2003 and 2007!

UP AND COMING CONTENDERS AUTOGRAPHS: Pull signatures from some of the league's best up-and-comers in this exciting autograph insert!